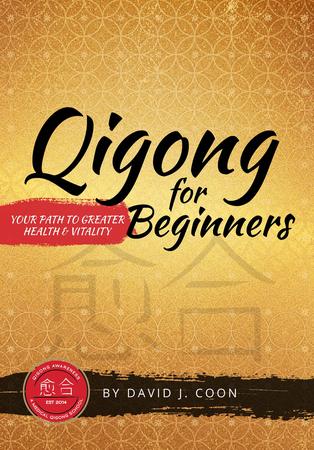 At twelve years old, David had a serious accident that left him with a severe degenerative spinal disorder. At that time, David had been an athlete playing soccer and football. After his injury, David found himself depressed and in tremendous pain. He began a search to heal himself by looking into all western alternatives he could find, including Western Medicine, Physical Therapy, and Chiropractic. After exhausting his options there, he turned to TCM - Traditional Chinese Medicine, Qigong, an ancient form of Chinese exercise and breathing practice, Martial Arts, Meditation, Western Psychology, Mind-Body Medicine, and more. From 15 to 25 years old, David trained and learned and was challenged. At 25 years old, David was told by his physicians that his spine had degenerated so badly that his spine looked 85 years old.

At this time, David had also been training in the Martial Arts for ten years and received two Black Belts and advanced training in other Martial Arts, but he could not seem to heal his spine. One day he had a huge breakthrough during a training and healing session, and energy "chi" began coursing through his body! After a series of about ten major life-changing, "chi" experiences David somehow reversed the spinal disease!! Not only that, David's perception of life would never be the same. He became a healer at a very deep level and a teacher for others. Since that time over twenty-five years ago, David has been facilitating healing for others at a very deep level for many years now.

David was a supervisor and team leader at a residential treatment center in a hospital in Colorado, where he provided private therapy to patients and supervised other counselors, student nurses, and other staff. He created treatment programs at the hospital and more. David has taught Martial Arts at various schools and has Black Belts in Karate, Kenpo Karate, and Tae Kwon Do. David has also been a teacher of Jeet Kune Do and Filipino Martial Arts for many years and has studied Aikido for many years and Brazilian Jiu-Jitsu. David is a Medical Qigong Master, a Medical Intuitive, and a healer and teacher.